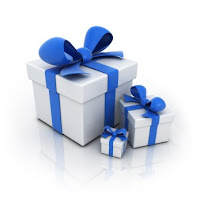 Don't think that its only at the level of Presidents and Prime Ministers that small gestures can be a way of saying “you are important.” I think of the pink bowties worn by the serving staff at a luncheon where the keynote speaker was the founder of the Susan G. Komen for the Cure (www.komen.org). As pink is the color associated with Komen for the Cure pink flowers were expected, pink bow ties – a surprise acknowledged by the speaker. Something special. Thoughtful.

According to Sam Farmer writing in the Los Angeles Times when the Seattle Seahawks football team was trying to recruit T.J. Houshmandzadeh (www.latimes.com) they too thought of the unexpected ways to indicate his importance. They didn’t just offer a salary with many zeros but also had his favorite brand of shoes and gloves with his new (hopefully) team’s logo there to welcome him. An unexpected way to say "we took the time to think about what matters to you".

And that should be the point of our gifts, our small gestures, our greetings - to convey to the people we meet, work with, hope to get to know, future partners, to consult with – that they are important to us. Focus on the individual. Be kind. Today in our rushing around its easy to feel anonymous, just a number. We can change that experience, build stronger connections by thinking carefully about the details. Make them special. People will remember.
Posted by Lanie at 5:11 PM

You are absolutely right Lanie!