In San Francisco earlier this week I met with a woman wearing a crown of fresh flowers.  An unusual sight in an office.  Once I moved past the surprise it brought back memories of grammar school celebrations of May Day, May 1.  Baskets of flowers left on doorsteps as gifts, crowns of flowers worn by little girls, dances around the “Maypole” draped in ribbons.

Curiosity led me to do a little research about this May holiday.  It turns out that the first of May has been a time of celebration dating back to pagan times.  It’s a holiday first associated with spring, the end of winter, new seasons, growth and fertility.  The tradition of flowers given as gifts today can be traced to pre Christian times when the celebration was to honor Flora, the Roman Goddess of Flowers.

But May Day is no longer a holiday with a singular focus.  Rather than just flowers and spring, the contemporary celebrations focus on workers and labor unions.  May 1 is called Labor Day in many of the 80 countries where it is a national holiday.  But that isn’t the only title.  In Russia the holiday is officially titled a Day of Spring and Labor. In 1958 the President of the United States declared it Law Day and Loyalty Day.  It’s also continues as a religious holiday.  Today its the feast day of St. Joseph the Worker.

Celebrations vary too.  In France it’s customary to give bouquets of flowers, preferably Lilly of the Valley.  In Rome there’s a May 1 concert that draws over 300,000 people annually.    In many countries there are parades that may include the military or workers representing trade unions.

As business travelers its valuable to know about the background of the holidays to better connect with the people we’ll meet.  And because this is one of the largest bank holidays in the world its important to note that date before scheduling travel.

Before you go know what form the celebration takes at your destination.  Parades that block streets, businesses closed for a day or more, museums closed or open?  In 2012 May 1 falls on a Tuesday.  Where will be and what will be happening? 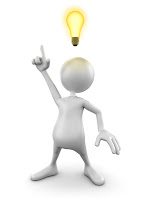 The opening line of a recent Wall Street Journal article “How to Be Creative” says “Creativity can seem like magic.”  Many of us may agree.  However Jonah Lehrer in his book Imagine - How Creativity Works  (www.amazon.com) says creativity isn’t magic.  It isn’t in our genes.  It’s a skill.  One that can be developed.
http://online.wsj.com/arti/SB10001424052970203370604577265632205015846.html
The article includes a list of ten things we can do to increase our creativity which can be defined as “the ability to transcend traditional ideas, rules, patterns, relationships”.   Lehrer’s list is titled “10 Quick Creativity Hacks. ”  Two items on the list caught my eye as if written in big red letters.  “Laugh it Up” and “See the World.”  Laughing and traveling as tools to improve creativity?   Great news!
According to Lehrer research has shown that laughing improves peoples’ ability to solve problems.  Next time you read a funny story, watch a silly movie know you’re not wasting time.  Rather you're developing your thinking abilities.
Travel we know provides new experiences, connections to people, insights to culture, discovery of new foods.  All of these combine to give us information to draw upon when we need to solve a problem, develop a new design, procedure or process.
Laugh and relax.  Travel and discover.  Combined with all that you know and you may discover a creative spark that has been hidden from view.
Posted by Lanie at 2:26 PM No comments:

Through the fog of jet lag I recall highlights of my recent travels.  There are the images of monkey, camels and elephants along the streets in Jaipur.  The joy of seeing the Eiffel Tower again.  The central market in Florence filled with a mix of languages, displays of porcini mushrooms everywhere.
And of course, the taste highlights.  The breakfast buffet at our hotel, the Jai Mahal Palace (tajhotels.com) was a splendid welcome after spending the night  in the Dehli airport.  The buffet told a story of history and travelers.  Traditional indian foods, British baked beans and tomatoes sat near chocolate donuts and an omelete station exactly like ones to be found in a Los Angeles hotel.  My favorites were the Indian breads (paadum, naan, cahpati) with different varieties appearing every day.  I didn’t find Dal Baat-Churma, but I did discover a fruit that tasted like mix of a plum and I pear – I never learned the name but I’ll know it the next time I see it.
But the most surprising and the most impressive experience of this trip was a visit to Jantar Mantar (jantarmantar.org) the  astronomical observatory in Jaipur.  Built in 1728 it is a series of unusual structures developed to makes astronomical measurement.  Carved into lovely marble structures are lines to measure hours, minutes and seconds (think of the divisions on a ruler).  Others show astrological symbols, the months of the year. I arrived at the observatory expecting to enter a single building.  Instead we walked into an open field filled with astonishing shapes that were really complex instruments.   The experience reminded me of my first visit to the Colosseum in Rome.  Another discovery of a sophisticated structure (a stadium with a retractable roof) built without the aid of computers, elaborating measuring devices and 21st  construction techniques.
These structures demonstrate the amazing abilities of people throughout the ages.  Moreover remind us to be thankful that others have cared for these monuments so we can enjoy and learn from them today.
Posted by Lanie at 2:00 PM No comments: