It’s the Giving Season: The Challenge is Upon Us 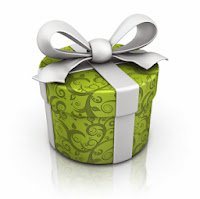 For much of the world the next few weeks are the time to buy and distribute gifts.  Gifts for friends, for family, for colleagues, and clients.  How do we make this fun?  How do we send a message with our gift that says we like and honor you?

Some reminders of things to think about as you create your lists:

Just because you love it doesn’t mean everyone will.   I have one friend who loves books, one who doesn’t read.  Books yes and books no.

For business its more complicated than what someone likes (although that’s the first thing to consider).  Can they accept a gift?  If so, are there monetary limits?   A $25  collection of cookies may be ok but a $50 crystal bowl may have to be returned.  Do some homework.

Check to find out if there restrictions based on religion, health. allergies.  A bottle of champagne may be a welcome luxury or seen as thoughtless, worse, disrespectful gift.

Check before you shop.  Ask someone who knows the recipient.  Check with your legal department.

With some advance work you're more likely to discover the gift that brightens the day - both theirs and yours.

More Fun at the Airport?

As we hit the 100 day mark – 100 days before the opening of the Sochi Winter Olympics there were multiple articles about the state of readiness of the venues and the city that will host the upcoming games.  One topic that caught my eye was the mention of corruption in two interesting articles that I read.    (See Anne Jois's , "The Putin Olympics" in the Wall St. Journal and the Los Angeles Times article by David Wharton and Sergi Loiko  “2014 Winter Olympics: Where Things Stand 100 days before the Sochi Games". The latter included a statement from an opposition leader that estimated the cost of corruption to be as high as $35 billion of the record setting budget indicated to exceed $50 billion.   Astonishing numbers.

Reading these articles reminded me yet again that when considering a new market it useful to research the perceived level of corruption.  How much are special payments, special favors endemic in the business environment?

One way to obtain a sense of the issue is to review the most current Corruption Perception Index (cpi.transparency.org)  An annual report created by Transparency International (transparency.org) the report ranks the perceived corruption in countries around the world.

The 2012 report covered 176 countries and territories ranking them from least corrupt to most corrupt.  Who topped the list at most “clean”?  Denmark, Finland, New Zealand tied at #1.  At the bottom of the list another tie:  Iran, North Korea, Somalis, Afghanistan.   To see the complete list click on the link:  cpi.transparency.org

Where was Russia, the host of the upcoming  Olympics?  # 133 with Iran, Kazakhastan, Comoros and Honduras.  The US?  Alone at #19, just behind the UK and ahead of Chile and Uruguay.

Read through the report.  Where is your country on this year's list?