Jobs and Investment, Coming and Going 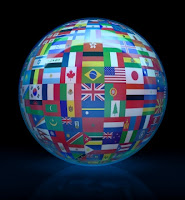 On Friday, October 22, 2010  the Wall St. Journal (www.wsj.com) ran two articles, on the same page, about the global business aspect of American companies.  At the top of page B8 was the an article about ad agencies  expanding into Africa followed by one about an Italian investor increasing his investment in Saks Inc., an American company.  Check out - " Global Ad Agencies Flocking to Africa" and "Italian Mogul Della Valle Boosts His Interest in Saks".

Reading the two articles, one right after the other, reminded me again that trade travels in two directions.  However the impact can be seen both at "home" and "away".  In the first article we learn that  American ad agencies are expanding their business in Africa creating opportunities in countries including Nigeria and Kenya.  At the same time their expansion protects their relationships (and income) from American businesses that use their services globally.

The  second articles reveals that the two largest shareholders of Saks Inc now come from Italy and Mexico.  Their investments protect American jobs ranging from highly compensated executives to minimum wage employees who clean the stores at the end of the day.

At a time when protectionist sentiment abounds, when trade agreements are stalled, we need to pay attention to reports like these.We need to remember that trade, investment and jobs come and go.
That the benefits of expansion and investment, as well as the costs, flow in two directions,  coming and going,
Posted by Lanie at 5:48 PM No comments:

Drinking coffee is so important in our society that a change in Starbucks instructions to their staff (the Baristas) was reported in the October 13, 2010  Wall Street Journal.  "At Starbucks, Baristas Told No More Than Two Drinks" (www.wsj.com).   Starbucks, a very global company has expanded to  49 countries delivering a taste of US coffee around the world.  But Starbucks didn’t make coffee important to the world.  Hundreds of years before Starbucks was launched, coffee made its appearance in peoples' daily lives.

According to the book The History of the World in Six Glasses, (T. Standage) (www.tomstandage.wordpress.com) coffee’s popularity in Europe began in the 1600’s.   This new drink, coffee, was considered modern, novel, but more importantly it was thought to create “sharpness and clarity of thought”.   This was a significant benefit as wine and beer were common drinks, even at breakfast, often leaving people a little fuzzy even as they started the day.  Coffee then, as now, energized the beginning of the day.  Drinking it became a shared activity and lead to the creation arrival of coffee houses where people shared coffee, conversation and the news of the day.

To discover more about coffee and history, for  fresh look at our world pick up this book.  You'll be able to discover how beer, wine, spirits, coffee, tea and that special global drink:  Coca-Cola became part of our lives.
Posted by Lanie at 10:00 AM 2 comments:

The Best Country Is ? 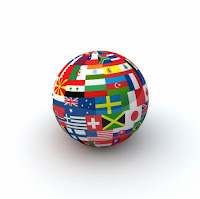 What’s the best country in the world?  If you’re wondering how to answer that question you can consult Newsweek (magazine’s) article (www.newsweek.com/feature/2010/the-world-s-best-countries.html)   Their report ranks 100 countries  to answer to the question:  If you were born today where should you be born to have the best opportunities to live a safe, healthy, reasonably prosperous life?  The full ranking can be found on line but you’ll want to know that Finland was declared # 1 and completed  Burkina Faso  the list at #100.  The US?  It's  #11.

In addition to an Overall Best category they also broke down the survey in other ways.  For example there was Quality of Life with Germany #1, Economic Dynamism with Singapore  # 1 and the US #2.  In addition there’s a more lighthearted look at the world ranking the best place to fly a kite (India), to own a dog (Belgium), to take a road trip (South Africa) or to dine (Spain).

Take a look at world in another way.  Decide for yourself, what country ranks as #1.
Posted by Lanie at 2:15 PM 2 comments:

Last week I asked, “what will come next” as the NFL (National Football League) began the season with games played in London rather than Los Angeles, New York or Dallas.  Now we know what’s next -  It’s the NBA (National Basketball Association) that is becoming increasingly  global (www.nba.com/global)

The Los Angles Lakers, 2010 NBA  champions, New Jersey Nets, Houston Rockets, and Minnesota Timberwolves are on the road too.  The Lakers open their 2010-2011 season with an exhibition game in London playing against  another US team, the Minnesota Timberwolves.  Their second game, however, will be played against a European League team, Regal FC in Barcelona.    Exhibitions games by the two US teams will be played Milan, Paris, London and Barcelona.  But it isn’t only Italy, France, Spain and the United Kingdom that will host NBA games this October.

The New Jersey Nets and Houston Rockets (known for their star Yao Ming) will start their season in China playing in Beijing and Guangzhou.  (By the way, the NBA was the first American professional sports team to play in China with its games in 2004.)

Appearing to follow the of the NFL , the NBA will begin playing regular season games outside the US (or Canada) in 2011.    The teams who will compete?  They  are the New Jersey Nets (owned by a Russian businessman) and the Toronto Raptors, the only team from Canada in the NBA.

Sports – more and more global.  World Cup.  Ryder Cup.  Maybe someday we will see a World Series that truly brings together teams from around the world.
Posted by Lanie at 6:43 PM No comments: