Traveling at this time of year can add to the stress of the holiday season.  Full flights, full airports, delays and weather can take the fun out of the adventure.  But the stress we feel during a turbulent flight can be even worse.  How to cope?  AFAR magazine recently posted an article How to Find Your Chill on a Turbulent Flight

http://www.afar.com/magazine/how-to-find-your-chill-on-a-turbulent-flight?email=lanie%40worldwiseonline.net&utm_source=Sailthru&utm_medium=email&utm_campaign=turbulent%20flight&utm_term=Daily%20Wander%20Newsletter
One of their suggestions?  A bit of chocolate placed on your tongue.  Calming they say.   My remedy – besides grabbing the armrest and maybe the person next to me?  A few salty chips or crisps as some friends call them.

Whatever your approach to coping with a bouncing flight may be useful even when the flight is calm but the travel hasn’t been.  Chocolate, chips, podcasts, music and meditation all may provide a moment of respite,  making your trip a happier experience.   Let us know what works for you.

Presidential Elections - Not Just in the US 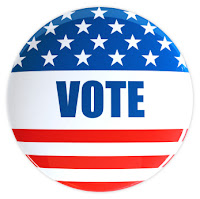 If you live here in the United States you are most likely counting the days until the election is over.  Many of us are exhausted by debates, mail, and television ads.   It seems we’ve been enduring the build up to this election for four years. President Obama was elected, inaugurated and minutes later the primary battles began.  But we’re almost done and then we can take a break, recover from Presidential Election Fatigue.

But we can’t ignore Presidential elections just because the cycle has ended in the US. It isn’t the only country in the world that will elect a president before the end of 2016.  Between now and year’s end almost a dozen countries will elect presidents.   If we look carefully (and with some effort) we’ll be able to find election results from Moldova, Bulgaria, Ghana, Gabon and Austria.

Next year will bring more.  Two are already making news in the US  – Iran and France and there will be others including Honduras and Rwanda.

Let’s not let our wish to be finished with Presidential elections lead us to ignore what’s happening around the world.  Let’s celebrate democratic elections wherever they are and learn how their leaders will connect with ours.

Vote November 8 – then take a break – and refreshed, come back with eyes on voters and elections around the world.
Posted by Lanie at 3:30 PM No comments: 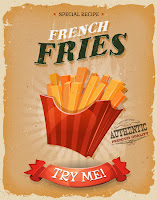 Are what we, in the US, call French fries a universal food?  Read through Afar magazine's article “13 Ways to Eat Fries Around the World” a sampling of how French fries are represented around the world and then decide.

You’ll find Curry fries in Ireland, fries with fish in the UK, with eggs in an omelet in Tanzania.  For fries with history look to Belgium that’s been serving frites (fries) since the 1600’s.  Today they're served with a dash of mayo for dipping,

www.afar.com/magazine/not-just-french-13-ways-to-eat-fries-around-the-world?
We all know that enjoying the local cuisine is a highlight of any voyage.  What version of ‘french fries” will you try next?   And which one will be your favorite?

Who measures Gross National Happiness?   Only one country in the world, Bhutan, has officially adopted gross national happiness instead of gross domestic product as their main development indicator. But don’t think that indicates a lack of interest happiness as a measure of development and progress of countries at a global, governmental level. Beginning in 2012 the United Nations Sustainable Solutions Network has published three World Happiness Report. (2012, 2013, 2015)  In early 2016 an update was published with a full report due in 2017.

After interviews conducted in 156 countries they concluded that the happiest countries are:  Denmark, Switzerland, and Iceland.  Least happy?  Afghanistan, Syria and Togo.  http://worldhappiness.report/.  (The United States was #13, Canada 6, and Mexico # 21.)  See the complete list (en.wikipedia.org/wiki/World_Happiness_Report)

We aren’t talking about happiness in terms of laughter, which have the most comedians per capita or whose people create the best jokes.  Rather the report looks at serious issues of daily life of the residents in 156 countries around the globe.

Katia Hetter writing for CNN Travel states that the reports authors consider “Happiness is a better measure of human welfare than measuring education, health, poverty, income and good government separately, the report's editors argue.”  There are at least seven key ingredients of happiness: People who live in the happiest countries have longer life expectancies, have more social support, have more freedom to make life choices, have lower perceptions of corruption, experience more generosity, experience less inequality of happiness and have a higher gross domestic product per capita, the report shows.  (italics added)
http://www.cnn.com/2016/03/16/travel/worlds-happiest-countries-united-nations/


While the article appeared on the travel site, suggesting perhaps that one might prefer to travel to a happier country, the subject has more serious implications.
According to World Happiness Report website “Leading experts across fields – economics, psychology, survey analysis, national statistics, health, public policy and more – describe how measurements of well-being can be used effectively to assess the progress of nations”.

In 2017 a new more detailed report will be issued. Let’s see which countries are Happiest and which ones have moved up or down in the ranking, and how they are seen overall as countries to visit, as business partners, and contributors to the well being of the world.

How is that Pronounced?

People’s names matter.   Getting them right, remembering them, pronouncing them  correctly is essential  to create the impression that one is polite, thoughtful and interested in each individual.    However, today, when our business networks stretch around the globe, getting it right isn’t always easy.

Deciding if someone you’re writing to is Mr. or Ms. isn’t the only puzzle. How to know what is the surname/family name and what is the given name?  Is Yao Ming   Mr. or Ms.?  Mrs. Ming or Mr. Yao?   Is the family name  (surname) written first or is it last?    (By the way Yao Ming is Mr. Yao)   In addition there’s the question:  how is the name pronounced?

Don’t despair. You can find the answer even when the usual Google search doesn’t yield a useful response. Help is often as simple phone call away.   If your city has an embassy or a consulate for the country that is home to the person with the name that puzzles you – give them a call.  Someone there will be able to help.  No embassy or consulate in your city?  Find an Embassy in Washington, DC (http://www.embassy.org/embassies/).

Another option is to reach the officer at the Country Desk at the US Department of State that covers the country that interests you. These people are experts about the country they cover.   (http://www.state.gov/documents/organization/115480.pdf).

Check to see if there is business development organization such as the Hong Trade Development Council, a Korean or French American Chamber of Commerce, for example.  If none of those exist, try a nearby university.  Their language department may be able to advise you.

Whether you are going to visit or planning to welcome Mr. Sekou Nkrumah from Ghana, Ms. Zeynep Yildirim from Turkey, or Mr. Choi Jihoon from South Korea you can find the answers. Be prepared and make the impression that you are thoughtful , knowledgeable and polite.  People to do business with those who know their name.