The Sound of English

We hear repeatedly that English is the language of business around the globe.   It is one of the three languages (along with German and French) most often used for business within the European Union.  Teaching English is big business.  Even Disney is in the business with 15 schools in China (www.economist.com).

But the idea that everyone knows English doesn’t always mean that we can all understand each other.  The sound of spoken English,  how we sound  even when pronouncing the same words as others varies depending  in part on our mother tongue.   To hear the variety of   the world’s English long on to The Speech Accent Archive, (www.accent.gmu.edu)  a site that collects and displays hundreds of accent samples from around the world.

Steven Weinberger, a professor of linguistics at George Mason University is the creator and administer of the site.  He wrote a 69-word paragraph, which he says contains almost every sound in English. Native and non-native speakers from around the world were recorded reading the paragraph and you can hear them on the site.

Click on the maps and you’ll be able to hear the voices of people form over 100 countries.  Listen to the sound of English when spoken by people who fist spoke French or Flemish, Polish or Icelandic, Zulu or Yuri.   Enjoy exploring the sounds of familiar words spoken in distinctive ways.  A common language shared around the world.
Posted by Lanie at 7:03 PM No comments: 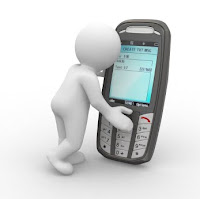 Is a new language emerging?   Can it be one that is considered too casual, too odd today but one that  may make it easier to connect without sharing a mother tongue or educational level?  Maybe so.

Writing in the Huffington Post (www.huffingtonpost.com) Dr. Galit Dayan suggests that the icons and shortened words used in today’s text messages may be the beginning of a new language, one that links back 5,000 years to the Egyptian hieroglyphics.  The Egyptian writing consisted of universally understood symbols allowing an entire society to understand the messages being conveyed.  One did not need to know how to read traditional words formed by combinations of letters or images (Chinese ideographs for example) to grasp a message.

In her post “Text Like an Egpytian”
www.huffingtonpost.com/dr-galit-dayan/text-like-an-egyptian_b_623341.html) she proposes that we are creating new global language which may be referred to some day as “text message icon language”.  While for some readers of this post it  may be difficult to decipher the message that was part of her example of this emerging language “ i'm vcing with Sacha and she said thr is a kb aftr and omg it's going 2 b so kool. so can i go? kkk g2g ttyl ily “ for millions of people around the world this message will be quite clear.

Is it possible that texting, sending messages that use symbols, eliminate vowels, create new letter combinations to represent words or phrases may become a global language?  One that allows us to connect more easily?  If so, it will be worth all the struggles learning to translate the text above that begins “I’m voicing with Sacha and ends with “I Love You”.
Posted by Lanie at 6:01 PM No comments:

What will your money buy?

Those of in who travel globally can check to see the value of our own currency compared to the dollar, euro, peso, or rand or any other currency throughout the world by visiting the website xe.com (xe.com).  Thanks to a couple of quick clicks we can estimate the cost of hotel room, dinner, or the treasurers we plan to bring home.

But to get an idea of the relative value of our money, one can consider the costs of a Big Mac or a Cupcake.  The idea is purchasing power parity.  Comparing what something (a Big Mac) costs in ones own currency compared to what the cost of the same item (expressed in your own currency) will be at your destination.

In 1986, the Economist magazine published the first Big Mac index (www.economist.com/markets/bigmac).  The Big Mac, a signature product of McDonalds is sold in 119 countries providing a wide range for comparison.  It is a simplified way to determine if the relative value of one currency to another. For example as of July 22, 2010 the Big Mac pricing, expressed in US dollars was $2.72 in the US, $3.67 in Japan and $2.67 in Saudi Arabia.

While the best known the Big Mac index isn’t the only item that has been used as a point of comparison.  In 2004 there was the Tall Latte Index, referring to the Starbuck’s drink, and in 2007 an I-pod index appeared.  The most recent?  Cupcakes.  Travel and Leisure magazine (www.travelandleisure.com) published a report of the relative cost of cupcakes “By the Numbers Let Them Eat Cake” around the world.  While the sizes were very similar the prices varied widely.  A cupcake that cost (all in US dollars) $3.25 in Los Angeles cost $5.17 in Tokyo and only $2.50 in Amman, Jordan.

Whether you consider these comparisons serious or silly they are as much an indicator of the spread of products around the world as they are of the relative value of one currency to another.
Posted by Lanie at 8:35 AM No comments:

Visitors to Paris who have been in a car or bus to riding around the Arc de Triomphe in may tell you that they feared for their lives.  They comment that Parisian drivers are wild and crazy.  They zip around the circle seemingly without regard for the cars around them. The concept of driving within specific lines doesn’t seem to exist.  They weave around each other, speeding when you’d expect them to slow down.   It looks random, weird and incomprehensible to a driver (like this one from LA) trained to stay within the lines when driving and to signal in advance of making a move.

Ask a Parisian driver about their and they’ll tell you, with great spirit that their form of driving is creative.  They express their individuality as the circle around their famous landmarks.  Some Parisians I know said that driving in the US is too limiting, frustrating and annoying.  Staying within the lines stifles their creativity.

Now as I travel I’ll take a new look at the driving habits and wonder what it tells me about the place the people.  Maybe it isn’t that they are “wild and crazy”.  Maybe something else is going on.  People tell us about their ideas, their way of seeing the world by how they talk, dress and now we know even by how they drive!
Posted by Lanie at 12:44 PM No comments: