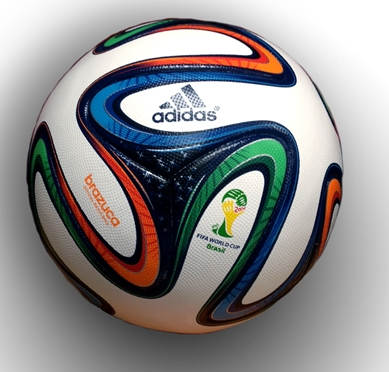 One official mascot and one official song  One World  (Ole Ola) https://www.youtube.com/watch?v=9W3sWiZ-iO8&index=2&list=PLCGIzmTE4d0jH6o_hGC1Rsv1-QgS2jnoC

Yesterday I was reminded of the value of a phone call.  Why email isn’t always the answer even if you’re in a hurry.  After an exchange of almost a dozen emails trying to get information on our choices to solve a problem – each answer leading to another question – it was time to call.  Within less than 10 minutes we figured out our choices, some of which weren’t even mentioned in the e-mails.

Still thinking about that I came across a posting by Elizabeth Danziger of Work Talk Communications Consulting (worktalk.com) addressing just that issue.  Do you write or call?  Paraphrasing Liz’s advice – here’s a guide:
However, don't stop there.  Working globally?  There's more to consider.  What languages do the parties speak?  At what level?    For example if English is the working language but one person is fluent and the other isn't  - even if you'd prefer to call -   maybe your write first.  Having something in writing allows time to translate the information, consider the issues and then develop a reply.

Another avenue may be it’s a call where an interpreter can participate.  Speaker phone,  Skype, FaceTime,  or Google Hangout.  With the last three in addition to spoken language the parties can observe the body language that can help clarify the message.