A Jewel of West Africa

Thinking about the country being formed in Southern Sudan made me realize how little I know about the countries of Africa.  So I looked at the globe that rests on my bookshelf to select a country to research a bit - to discover some place new.  Here’s where I looked and a few things that I learned about my country of the week:  Mali.  It's:

Located in Western Africa.  It's landlocked, surrounded by neighbors that include Algeria, Burkina Faso, Senegal and Cote d’Ivoire.

About the size of California and Texas combined with a population slightly larger than that of the state of Illinois.

A republic with a President elected by the population.  The President serves a 5 year term and the current President’s term runs through 2012.   It's citizens can vote at 18.

An associate member of the European Union.  Plus:

The US has diplomatic relations with Mali. The US Embassy and Ambassador are located in the capital city of Barmako.

It’s home to the famous city of Timbukto (Timbouctou) located on the Niger River, a key place on the trans-Saharan trade routes.

While the official language is French,  80% of the populations speaks Bambara, most commonly used in daily activities.

It’s one of the 25 poorest countries in the world with an economy based largely on agriculture and fishing.  There is a  a small tourism industry said to have significant potential.  But then -

Where to find this basic information (and much more)?  There’s Wikipedia for an overview.  For facts and figures read through the CIA World Fact Book (www.cia.org) and the Background Notes prepared by the US Department of State (www.state.gov) - check the section on Countries and Regions.  Add to those basics a Google search for Mali and uncover a variety of sites including Geographia (www.geographia.com/mali) that tells us “Mali is a nation of unusual interest and charm.”

Small, poor, landlocked, member of the EU, engaged with the US and a jewel of interest and charm.  A multi faceted country.  It's place to explore on paper now and some day - to visit in person.
Posted by Lanie at 10:30 AM No comments:

Will your husband object to your commute?

Not long ago three visitors from India participating in an International Visitors Council program (www.ivcla.org) joined me for dinner and informal conversation.  It’s always a special evening when I am able to host people visiting Los Angeles.  They are professionals known to be leaders in their field in their country. The visits are organized by The National Council of International Visitors (www.nciv.org) working with the US State Department. At IVCLA we call it Citizen Diplomacy.  It’s individuals coming together sharing their ideas, experiences, professional observations.  For me, it’s also an opportunity to make new friends.

That evening our conversation included discussions about what surprised them during this, the second week of their first visit to the United States.  “You don’t ask as many personal questions as we do at home” was the observation made by the woman in the group.   She went on to say that in India within minutes of meeting her I would have inquired if she was married, had children, and if not, would ask when she planned to start a family and offer advice on child rearing.   In addition she said that during her job interview she was asked if her husband would object to her having to commute and to travel. It’s impossible to imagine moving so quickly to personal topics here and to say nothing of the question asked during her job interview.  We might view that as a lawsuit waiting to happen.

She pointed out that Americans coming to work in India should be prepared for these inquiries. They need to know  not to take offense but rather to understand that people are trying to get to know you, to build a relationship with you. Business depends on relationships and answering questions that can’t be asked in Los Angeles may be essential for moving your business forward.
Posted by Lanie at 11:00 AM 1 comment:

It appears that the world is about to welcome a new country.  As this is written the results of a vote on a  referendum on splitting Sudan into two autonomous countries are being counted. A process that began in 2005 ending Sudan’s civil war is concluding and the world is likely to add one more country, number 194 (Today there are 194 countries without including Taiwan). While the vote count will not be final until February early polling indicates that the south will split from the north.
http://www.voanews.com/english/news/Southern-Sudan-Votes-on-Final-Day-of-Historic-Referendum--113776349.html.

Think about what it means to create, organize, lead a brand new country. Consider the multitude of complex, historic decisions to be made. The acting government in the south, known as the Autonomous Government of Southern Sudan, has established much of the framework of a new country.  However, their work will continue and expand if the voters confirm the split.  There will be more laws to be put in place.   Public safety, health, welfare and educational systems must be managed.  But operating systems, infrastructure aren’t the only matters that need to be addressed.

What will the country be called?  What will it’s flag look like and what song will be the national anthem inspiring its people?    According to the site Nation Branding a country having the opportunity to consider and select a name is an unusual opportunity.
http://nation-branding.info/2010/12/29/naming-a-nation-southern-sudan/.  Their article tells us that names often arrive “accidentally” by reference to a local word or physical characteristic of the area.  But today if Southern Sudan becomes a new country, it has the opportunity to name itself, to create its image (brand).

The government will be tasked with defining its role in the world, deciding how to relate to its population, neighbors, friends and former enemies.   At the same time they must design a flag and select the national colors.  Each decision will make a statement about this fledging country.
What an amazing responsibility and how interesting for all of us observing the transition.
Posted by Lanie at 12:10 PM 1 comment:

Email ThisBlogThis!Share to TwitterShare to FacebookShare to Pinterest
Labels: countries of the world, global business

A New Year is Coming 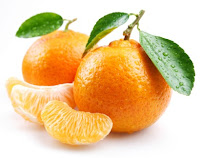 Just a few weeks after the January 1 celebration of a new year we have the opportunity to reflect and celebrate again.  In 2011 February 3 begins the 15 day celebration known as Chinese New Year or Lunar New Year, Spring Celebration.   On that date we will transition from the Year of the Tiger to the Year of the Rabbit.

No matter the dates, or the names of the year, tradition requires that certain foods be part of the celebration, foods that will (hopefully) bring good luck, good fortune.


In some cases it’s the appearance that make the idea clear.  Plan to share a dish of noodles representing long life – and be sure not to cut them.  For other foods is how the spoken name of the food sounds that links it to the idea of good luck.  For example words tangerines and orange remind one of the words for luck and wealth.  Fish, an important dish for family dinner served on the eve of the new year may call to mind surplus, abundance and a wish.

Although we often think of Chinese New Year as parades, dragons and fireworks, it is a time for being with ones family, welcoming the new year.  Enjoy the special foods that are part of the holiday tradition and look forward to a year of good fortune.
Posted by Lanie at 4:46 PM No comments: 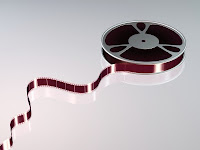 It’s likely most people know that Hollywood, the original home of the world’s film industry, is in the United States and that Bollywood is the dynamic film industry in India.  But do they know about Nollywood?. That is the informal name the popular film business of Nigeria.

If film fans  live in any country in Africa, it’s likely they will recognize the title.   According to a recent Economist article this segment of the world film industry creates as many as 50 full length movies a week.   (http://www.economist.com/node/17723124) which are widely distributed throughout the continent.  Further it tells us that the success of  these Nigerian films  has encouraged the film industries of South Africa, Tanzania and Cameroon. In the future we may hear of and celebrate awards to movies from Ghallwyood and Lolliwood  -- the growing film industries of Ghana and Liberia.

For the consumer, the film fan, this is all good news.  More films, more choices, more stories told by people with varied views of the world and that give us all more opportunities to understand our world.   Let's wish for wide distribution of films from around the globe.
Posted by Lanie at 12:08 PM No comments: