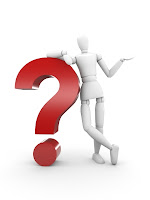 We celebrate our winners, mostly. The recent Olympics are a reminder that we, Americans, love winners, those who set records, those who compete vigorously. We are proud and excited by their efforts and their success.
Individuals, teams, we watch them all, hope for success. Celebrate or cry depending on the results. But according to. Bill Plaschke (latimes.com/plaschke) a sports writer at the Los Angeles Times newspaper (www.latimes.com) our American fascination with the outstanding individual overshadows our support for teams as a unit. In his recent article Unsung Hero about the swimmer Jason Lezak he tells the story of the differing post Olympic experiences of two members of the relay team. The well-known Michael Phelps and the almost unknown Jason Lezak. Jason was the member of the relay team who was instrumental in helping Michael Phelps, the winner of 8 gold medals in the Beijing Olympics, reach that level. According to the article, Lezak’s outstanding performance enabled the team to win its gold medal. He went home with three medals but unlike Phelps no parades, product endorsements, speaking engagements. Lezak was a member of a team. Phelps, the individual standout was the one accorded the celebrity status.
Without question Phelps success was well earned and is to be celebrated. But it is worth noting that it was his individual effort that got the press coverage, far above what was noted for his team.
While we, Americans, value teams and know that we must work together,
it is still part of our outlook, to focus on the individual - the Michael Phelps, the Bill Gates, Steve Jobs. Individual achievement outranks group results.
Working now in a global marketplace we need to recognize that the answer to Who do we celebrate? may be not be Me, but rather We, Us together, the team. Remeber Jason Lezak and all the people who supported Michael Phelps. Celebrate him but remember to celebrate them.
Posted by Lanie at 6:36 AM

Well, this is a very nice new look!