A Private Zoo and stolen money 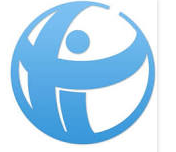 The news has been filled with reports of the crisis in Ukraine.  What drove people into the streets seems to be a combination two issues. Anger about the move to tighten links to Russia rather than the European Union and anger about the level of corruption throughout the society.  Discovery of a private zoo and a multi-million dollar tea room in the Presidential residence were seen as proof of looting from the countries coffers.  http://nprberlin.de/post/billions-looted-cash-what-ukrainian-politician-isnt-corrupt

Although corruption in Ukraine made the headlines it certainly wasn’t a surprise to those who knew the country well.  The 2013 Corruption Perception Index  (CPI) published by Transparency International which is a non governmental organization based in Berlin.  According to their website they are  present in more than 100 countries, (including Ukraine).  It is a" movement that works relentlessly to stir the world’s collective conscience and bring about change".  Their stated goal is to create a world without corruption.   As part of their effort to raise awareness they publish the CPI that ranks 177 countries according to their perceived level of corruption.  In 2013 Ukraine was listed at 144 of the 177 countries.  (In their ranking the higher the number the more corruption is seen to exist)

What other countries were at # 144?  Cameroon, Central Africa Republic, Iran, Nigeria and Papua New Guinea. The bottom, # 177?  That place was shared by North Korea, Afghanistan and Somalia.    Least corrupt?  Tied at first place were Denmark and New Zealand.

Wondering about the country where you live, work or invest?  Take a look at the most recent report - see if you agree :  http://www.transparency.org/cpi2013/results.
Posted by Lanie at 3:30 PM