Governments want to know: Are you Happy? 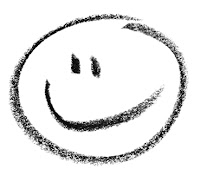 At a time when daily headlines announce death tolls from natural disasters, on-going wars, and disease it is a surprise to discover that governments around the world are asking their citizens:  are you happy?

For years the idea that individuals, much less governments, were concerned with personal happiness was thought to be a frivolous preoccupation of Americans, especially those in California.  That may no longer be true.  Today governments of countries as diverse as Britain, France and China are evidencing concern and curiosity about the Happiness of their citizens.

For Americans the subject is an integral part of the culture. Their concern with happiness dates back to the words of one of the country’s founding fathers, Thomas Jefferson.   He cited as an inalienable right of all people the “pursuit of happiness”.  These words came to be understood as each person having the right to Be Happy.  That search for that happiness has been the subject of movies, books and songs throughout history and even serious research and studies. There is a  Journal of Happiness Studies that includes articles such as Who is Happy to Work More:  Americans or Europeans?  What Makes Entrepreneurs Happy?

As the titles of these articles suggest that Being Happy doesn't just create smiling people.  Now it seems that around the world there is growing sense that levels of a population's happiness may have an impact on the economic well being of a nation.   According to a recent article in the Economist, France’s President has suggested a new measure: GDH, Gross Domestic Happiness as an alternate to the traditional measure, GDP, Gross Domestic Product. (http://www.economist.com/node/18678991)   The term Gross Domestic Happiness isn’t new – it dates back to 1972 and was attributed to Bhutan's former King Jigme Singye Wangchuck.  President Sarkozy’s idea is new.

In Britain the government plans to study the happiness of the population to help guide policy making.  According to a recent Reuter’s article,) in 2012 Britain’s Office of National Statistics will conduct a Well Being survey  (www.ons.gov.uk/well-being).  Their plan – to ask 200,000 people questions including:  How satisfied are you with your life nowadays? And How happy did you feel yesterday? (http://uk.reuters.com/article/2011/02/24/uk-britain-wellbeing-idUKTRE71N3C620110224)

But the idea doesn't rest just with European Union member countries.    The Los Angeles Times recently ran a piece titled “China Checks its Own Mood” that describes China’s efforts to convey the idea that the government is working to “let people live more happily and with more dignity.”
(http://articles.latimes.com/2011/may/16/world/la-fg-china-happiness-20110516).

Does your government want to know if you're happy today?
Posted by Lanie at 3:00 PM