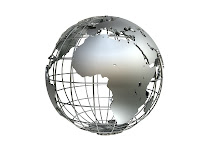 It’s easy to think of Africa of a continent of civil wars, famine, epidemics and lost hopes.  But that’s not the full story.  The May issue of Harvard Business Review (www.hbr.org) includes an article “The Globe: Cracking the Next Growth Market: Africa” that tells us there’s more to the story than doom and gloom.
http://hbr.org/2011/05/the-globe-cracking-the-next-growth-market-africa/ar/1

First of all, Africa is not one place.  It’s a continent with over 50 different countries, both large and small.  (As of this writing Sudan is the largest but July 9 when it splits in two, Algeria with over 33 million people  moves into that spot.  Smallest?  On the continent it’s Gambia with a population of approximately 1.5 million people.)

This article points out three factors that are changing the view of Africa as a potential market.  There is increased political stability in countries like Angola and Mozambique, reduced inflation and deficits and third more market friendly policies in places like Nigeria and Morocco.  The possibilities are drawing companies from China, India, Canada, France and the US to invest and expand.  (Among US companies Wal-Mart, Coca Cola and Yum Brands all are represented in multiple countries on the continent.)

But having noted that these countries present exciting opportunities the article goes on to caution the reader  to look carefully at each country.  History, culture, currency, income levels vary significantly.  The economies and possibilities differ in many ways.  Drawing on the research done by the McKinsey Global Institute (www.mckinsey.com), the authors divided the countries into four groups based on their economies.    The categories and examples of countries included?   Oil Exporter (Nigeria, Algeria, Gabon and Botswana); Diversified (South Africa, Cote D’Ivoire, Morocco) Transition (Kenya, Mozambique, Ghana) and Pretransition (Mali, Ethiopia, DRC).

Simply looking at the chart used to illustrate the differences in these economies tells us that no two places are likely to be alike. Differences abound.  But looking forward, asking where should we be in 2013, 2016 and beyond, Africa and its many countries seem to merit consideration.   The challenges of entering these markets will be significant but as this article suggests, the rewards are likely to be significant also.
Posted by Lanie at 10:30 AM