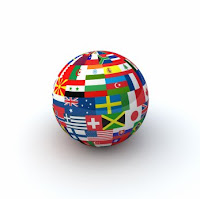 Who Sleeps Most? Takes the Longest time to Eat? Watches television the most?
A recently released study by the Paris –based Organization for Economic cooperation & Development (OECD) (www.oecd.org) answers these questions in their just released survey Society at a Glance.

According to their research the French sleep more than Americans (an average of 530 minutes per day versus 518), the Mexicans spend much more of their leisure time than Germans watching television (48% versus 28%). France and New Zealand spend over two hours eating and drinking over an hour more than either Canada or Mexico. (The US clocks in third from the bottom of the list allowing at an average of one hour 14 minutes per day for eating and drinking).

While these few items may only seem humorous at a casual glance, good tidbits for a casual conversation that isn't the point. This study gives us another way to look at the similarities and differences in the cultures, the habits of daily life, that exist in the world around us. Seemingly small details help us understand the people that are part of our lives as we spread our connections for business and pleasure around the globe.