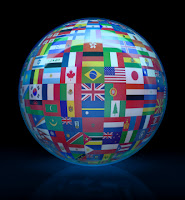 We live in, work in and travel to cities around the world.  Each one is special in some way and we each have an opinion about our favorite for work or play.  But we often don’t  know much about these places beyond our personal experience.  To take a deeper dive into the major urban areas of the world we can reach out to and read through some interesting analyses from a variety of sources.

One of my favorites is from the global management consulting firm A T Kearney.  They issue an annual report  on the status of cities titled the Global Cities Index and the 2015 report was recently released.

This year the report has expanded beyond the basic report -The Global Cities Index (GCI) (The GCI looks at 125 cities to consider their “global engagement”  taking into consideration five areas: business activity, human capital, information exchange, cultural experience, and political engagement.)  In 2015 the Global Cities Outlook (GCO) was added.  According to their press release the GCO looks at the future potential on the rate of change across four dimensions—Personal Well-being, Economics, Innovation, and Governance.

In addition they’ve now created another list:  the Global Elite   These are 16 cities that are ranked in the top 25 of the GCI, (what’s happening today), and in the top 25 of the GCO (a glimpse of the possible future).  The list expands beyond the sets of top fives we saw above and adds in Los Angeles, Chicago, Toronto, Brussels, Berlin, Amsterdam, Singapore, Seoul, Sydney and Melbourne.”
See more at: https://www.atkearney.com/news-media/news-releases/news-release/-/asset_publisher/00OIL7Jc67KL/content/a-t-kearney-global-cities-2015/10192#sthash.bpTPZPzX.dpuf

The AT Kearney report isn’t the only look at the Cities of the World. The Atlantic’s City Lab calculates the worlds most economically powerful cities http://www.citylab.com/work/2015/03/sorry-london-new-york-is-the-worlds-most-economically-powerful-city/386315

Their ranking combines the results of 5 other studies including the AT Kearney’s GCI, the United Nation’s City Prosperity Index and the Global City Competitiveness Index from The Economist.  Using these varied studies they capture rankings considering topic as diverse as gdp, human capital, financial maturity, social inclusion and environmental sustainability.  Each report one merits study and reveals different facets of the many global cities.

The results?  Familiar names make their list too.   London, New York, Tokyo, Hong Kong and Paris. – top five here too.    But new names appear too.   Sydney and Helsinki tied at #14, Dublin and Osaka-Kobe tied at #16 and #23 is a tie between Washington, DC, San Francisco and Moscow.

It’s possible to spend hours carefully reading these studies, learning about the difference and similarities of these Global Cities.  Explore the data and discover new things about your city, your next destination, the place that will be central to your global expansion.  Which one will be your favorite, where does it rank this year and where will it be next year?