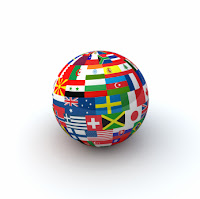 Where are the jobs?  According to Robert Neuwirth, his new book Stealth of Nations: The Global Rise of the Informal Economy they are everywhere.  They may not be jobs recognized by traditional career counselors but they represent opportunities for people around the world.

According to an interview published in the January 2012 issue of Wired magazine (www.wired.com) the author tells us that the world’s informal economy, gray market, (even black market) employ significant numbers of people (http://www.wired.com/magazine/2011/12/mf_neuwirth_qa/all/1)
Possibly more surprising is that according to his tally this hidden economy generates so much money that if counted as GDP of a single country, it would be the second largest economy in the world.

For me, it isn’t the total revenue alone that is impressive but more is the fact that this is an economy composed largely of small entrepreneurs.  People who understand their market and their customer likely to be ones not served by traditional companies operating in the “formal” economy.  They are creating opportunities for themselves, for others and Neuwirth thinks its time that people working in “the shadow of globalization” have much to offer to all of us.

But the informal economy isn’t the only source of new ideas, new jobs, and new companies serving specialized niches within our economies.  If you read the weekly newsletter Springwise  (www.springwise.com) you’ll be treated to a list of new business ideas, trends and innovations going on all around the world.

A recent issue highlighted a Spanish company making biodegradable shoes, a Japanese company with a vending machine for beer, and even a traditional US company, Kraft Foods, who now has a vending machine offering samples of one of their desserts.

We often hear that of a lack of innovation, entrepreneurial spirit and job creation in the nightly news.  But Neuwirth’s book and the Springwise newsletter remind us to look behind the headlines to see what’s happening in unexpected ways in unexpected places.
Posted by Lanie at 2:00 PM

Thanks for the "heads up" on the extremely interesting Springwise blog!
Greg Simons
Los Angels, CA