Trade is Global, Local and Regional 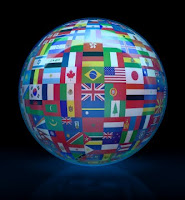 Last week India eNews (www.indiaenews.com) announced a ‘breakthrough” stating, that after a meeting in New Delhi the World Trade Organization officials agreed to restart the Doha round of trade talks. At the same time The Economist magazine (www.economist.com) included an article “Doing Doha Down” about the increase in regional trade agreements in Asia. That article argues that the growing number of regional trade deals are the “enemy” of the Doha effort to create a multi-lateral trade agreement.

India the host to the meeting that led to the agreement to restart the Doha negotiations and a key player in the WTO also recently signed a bi-lateral agreement with South Korea. India is a key player in both efforts. This is an example of a country searching for the most advantageous way to manage, organize and regulate their trading relationships. (According to the Economist bilateral and regional free trade agreements (FTAs) have grown from 49 in 2001 to 167 in 2009.)

What’s best for the world’s economy is hard to know. Experts argue each perspective with passion. The only thing we can know with certainty is that regardless of the agreements we are connected through our trading activities which are local, regional and global.
Posted by Lanie at 6:36 AM