Is the World Watching? 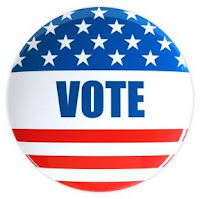 Just as I was thinking how peaceful it was not to see photos of the candidates, headlines about who just made what mistake, when I spotted John McCain’s smiling face. This time on the front page of Le Figaro, (http://www.lefigaro.fr) one of the daily French newspapers. John McCain, The Rebel who Dreams of the White House, was the headline next to a picture of McCain shaking hands (warmly says the article) with Nicolas Sarkozy, President of France. It’s a reminder that the upcoming election is important beyond the borders of the US. News of the candidates may not make the front page daily (McCain did Monday but no candidate appeared on Tuesday). However, if you want to see daily news of the US election run up, check daily in LeFigaro’s blog Route 44. (http://blog.lefigaro.fr/electionsus08)